At the Second World Conference on Earthquake Engineering, held in Tokyo in 1960, it was established that there was a need for earthquake engineering training to be provided to young researchers from developing countries who had studied seismology and earthquake engineering. Consequently, the first international training in seismology and earthquake engineering, which consisted of a Seismological Course and an Earthquake Engineering Course, was carried out at the University of Tokyo later that year. The results of the training were widely praised by the international community, and the Government of Japan established the IISEE at the BRI in cooperation with OTCA (Overseas Technical Cooperation Agency). The first half of the second term of training during 1961-1962 was held at Waseda University, with the IISEE taking over for the latter half of the training. During 1963-1972 UNESCO(United Nations Educational, Scientific and Cultural Organization) has supported the Government of Japan to maintain IISEE training courses. The "Tsunami Disaster Mitigation Course" was newly established in 2006, and the "Seismology Course," "Earthquake Engineering Course," and "Tsunami Disaster Mitigation Course" were integrated as one course into "Seismology, Earthquake Engineering, and Tsunami Disaster Mitigation" in 2015. Since then, the IISEE has continued to revise its curriculum according to requests from developing countries and in response to the advancement of academics and technology. 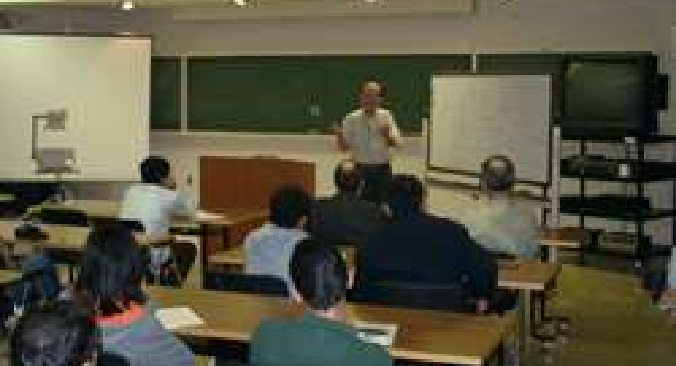 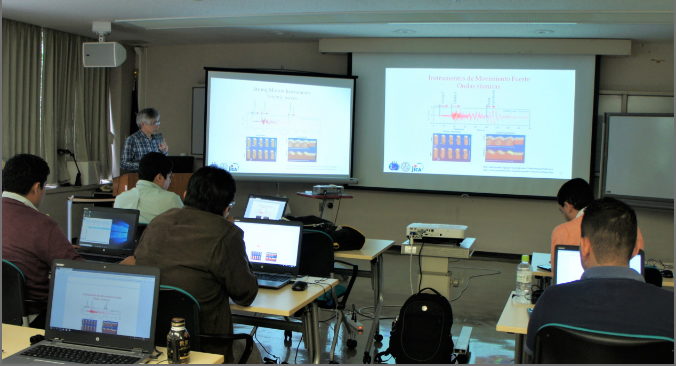 International Institute of Seismology and Earthquake 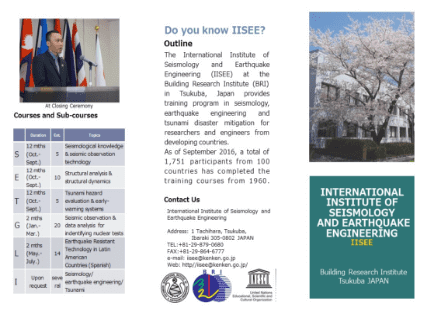